Python vs Java: what and where to use

Python and Java have been struggling for a leading position among the most popular programming languages for quite a while.

Python has recently caught a lot of popularity. According to Insights Stackoverflow for 2019, Python is the first in the ranking of the most wanted programming languages. And, according to TIOBE Index, Python is the most fastest-growing language. While Java still firmly stands on its feet due to its stability, accuracy, scalability, as well as large projects already written on it. 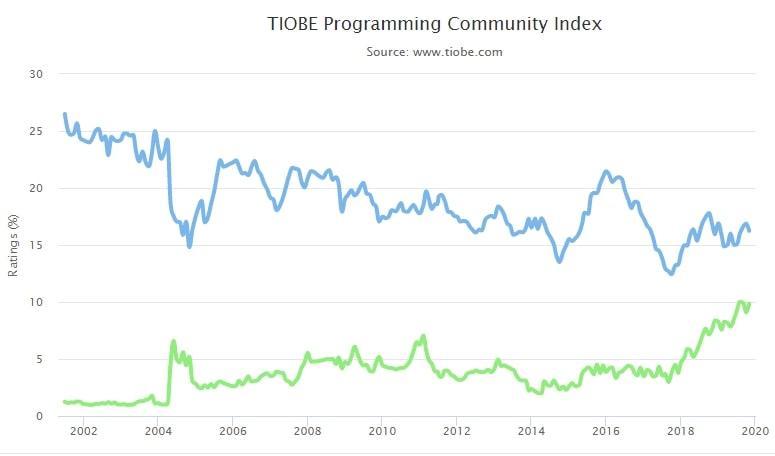 Both languages are capable of performing most of the necessary tasks, but there are key differences that will be discussed in this article.

As for Java, work on it began in 1991. Initially, this programming language was named Oak. Then, when the company Sun Microsystems engineers saw that the language worked well and could be made publicly available, it was decided to change the name, because that name already had a different programming language. The official release date, called Java, is May 23, 1995.

Although both languages were created around the same time, Python has developed rapidly in the past few years. The reason for this was the riot of machine learning and the volume of big data.

Since the science of big data is mathematics, statistical research and programming, the question was to find some kind of a mixed solution, something average that both scientists and programmers would understand. Python was chosen as a universal solution, since it is easy to learn. Yes, mathematicians have their own calculation tools, for example, Octave, Matlab. However, in the ecosystem of Python itself there are a lot of libraries, frameworks that are not inferior in quality to the above. In addition, both mathematicians and programmers can use them.

In other words, the popularity and rapid growth of Python are due to its multifunctionality, brevity and simplicity, which will be mentioned below.

As for the universality of the language, it can be demonstrated with a simple example: Python was used by Google for web-scanning, Pixar used it for the production of films, and Spotify used it for song recommendations.

Here it is worth mentioning about implicit or duck typing, which can significantly speed up program development.

Duck typing is a way of programming that is used in Python, Ruby, Groovy and other languages. When using duck typing, an object passed to a particular method has all the properties and method signatures expected from this object at runtime. In other words, if an object implements all the methods of an interface, then it is considered that it implements this interface.

The term itself derives from a saying:

Difference between Java and Python

Java is a strongly typed object-oriented language with C / C ++ like syntax aimed at scalability, efficiency, and reliability. Java is everywhere: in a smart kettle, in an android smartphone, in a browser, in a credit card and even in a Tesla car. However, the distinguishing role of Java is large, “heavy” projects. This is because strongly typed Java allows us to eliminate most of the errors at the compilation stage. Which clearly simplifies the management of large applications. On the other hand, to run a simple Java project, you need to perform many additional steps. 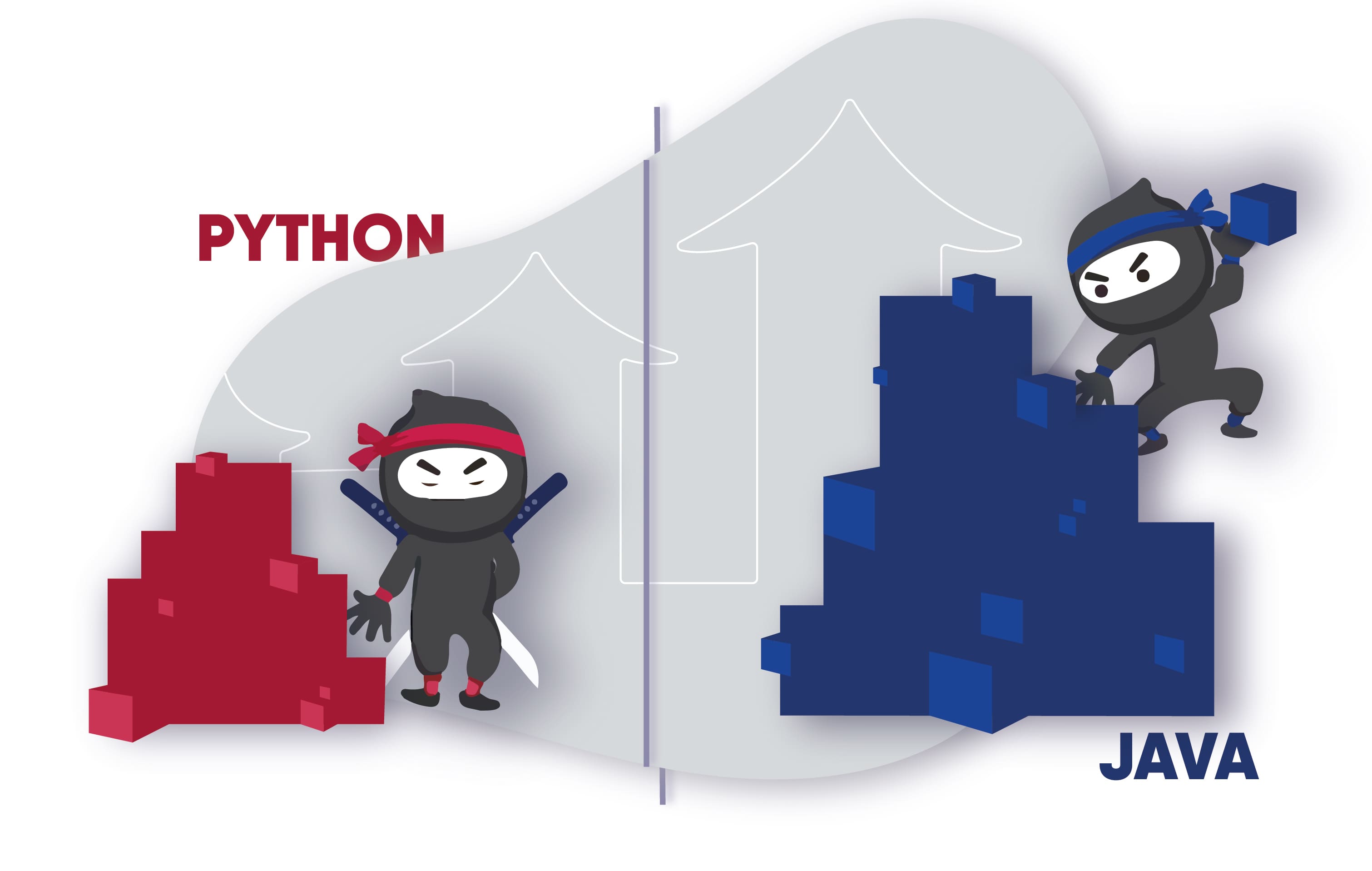 Python is a dynamically typed programming language. It focuses on improving developer’s productivity and code readability. However, because of its specifics, Python has prerequisites for the security and the convenience of finding errors: the code will be compiled even if it contains errors that can interfere with the proper operation of the script.

The dynamic nature of Python is a major advantage and disadvantage at the same time. On the one hand, it gives a quick development cycle, and on the other, it makes support for large projects heavier.

Using Python, it is very easy to make some kind of concept, prototype and continue to develop this prototype. It is also convenient to use it for scientific calculations and modeling due to the two following criteria: a simple shell script for interacting with a person and fast numpy, scipy libraries and so on.

Speaking of speed in terms of performance, Python is slower than Java. Therefore, for the development of heavy applications, preference, of course, is given to Java.

While Java programs are compiled directly, Python programs are interpreted, which slows down code execution. Determining the type of variable that occurs at runtime increases interpreter’s workload. Therefore, when it comes to high performance, Java has an advantage.

However, Python is more efficient when it comes to adapting legacy systems. With Python, you can make adjustments, instead of completely rewriting and redoing the system, as it does with Java.

Also, to increase Python efficiency, we can use Cython and Jython for writing С/С++ modules and Java-code for Python.

The basic feature of Python syntax is readability, simplicity, and brevity. As already mentioned, when you write code in Python, you do not need to declare the types of variables, which leads to a simpler syntax that is very similar to regular English. In addition, Python does not use curly braces in the usual way. Indents are used instead, which makes it easy for beginners to read and learn the code.

Java follows strict syntax rules where the variable types must be declared explicitly, and no errors should be detected. Otherwise, the code will not compile.

Here is a simple example:

The image below shows the code length of different languages. Data are taken from the Programming Language Productivity study: 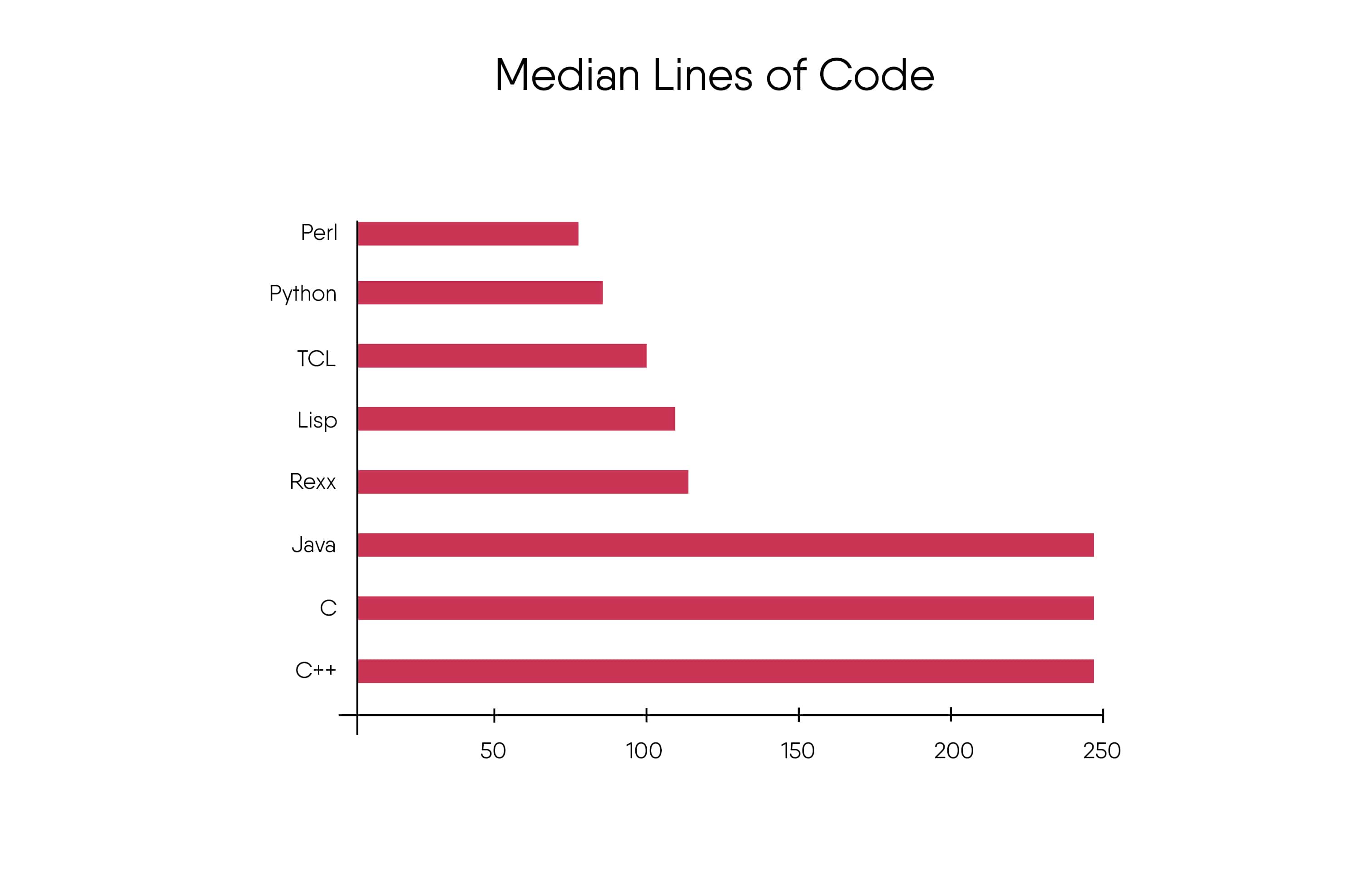 Projects in Python and Java

As already mentioned, Java is everywhere. This language is used for both android applications and web applications, but the second option prevails. Java is a popular tool for server applications in banking and financial services. For example, Goldman Sachs, Citigroup, Barclays, etc. banks use Java to write front-end and back-end office electronic systems, regulatory and confirmation systems, and data processing projects.

In fact, the most complex programs are usually written in Java. Some of the well-known projects where the share of Java code is large are Twitter, Amazon, Ebay, Linkedin, etc. 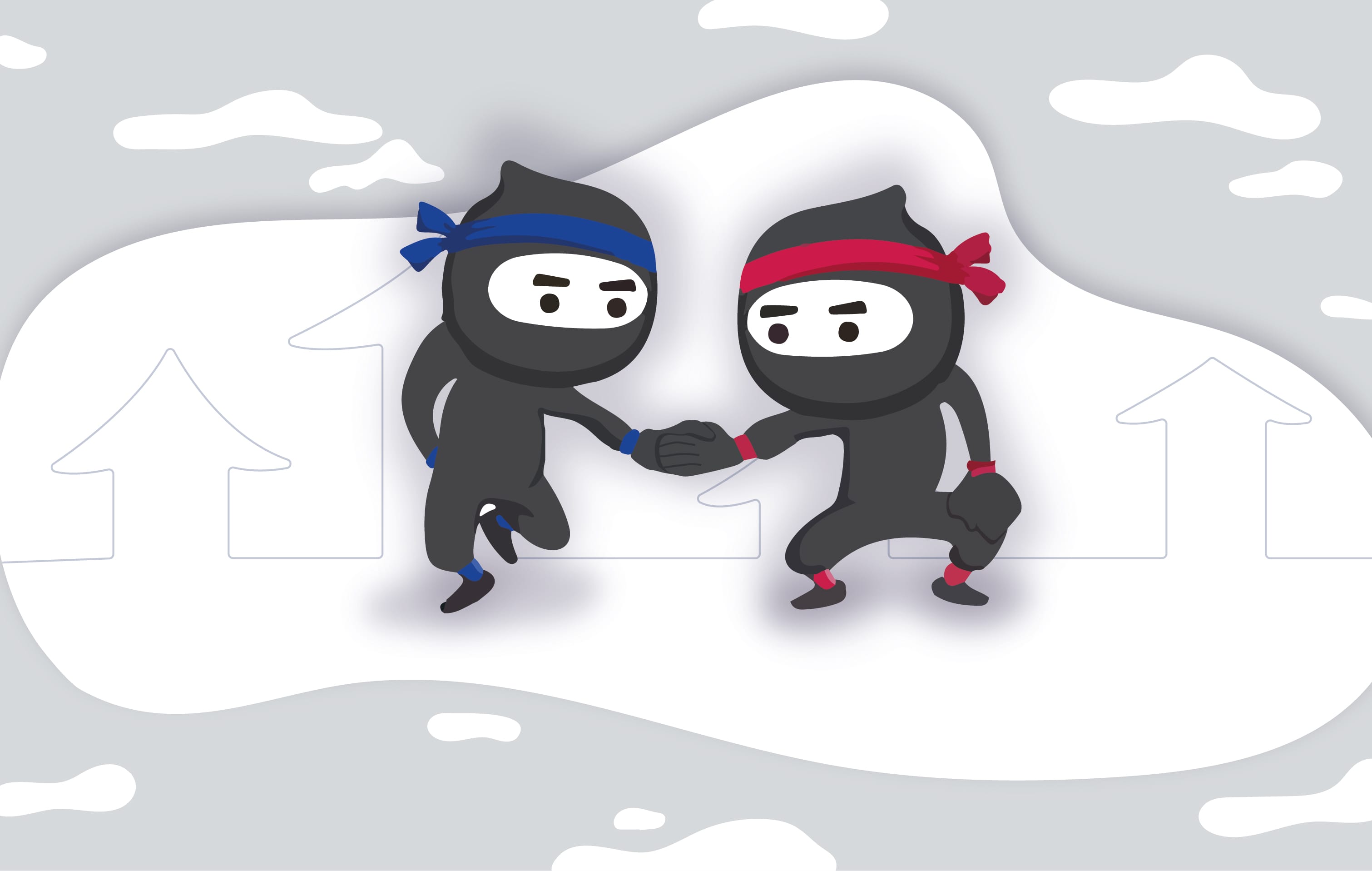 Python is also used in web development. To work in Python the following frameworks are used: Tornado, Flask, CherryPy, and the most popular one is Django. Mobile development in Python is less popular. Java is usually used for Android devices. Python is usually used for developing the back-end of an application. For example, the Instagram front-end for iOS is written in Objective-C, and the back-end is written in Python. Python is also often used by system administrators to automate tasks. And thanks to libraries that can be used for research and computation, Python is especially popular with mathematicians and physicists.

Both languages are platform-independent and are used for developing cross-platform applications. Which, undoubtedly, is a plus for both.

Both Python and Java are powerful languages. Both languages provide many great frameworks.

If we are talking about enterprise applications, industrial systems, complex and highly loaded web applications, Java is usually preferred. In the case of simpler applications, prototypes, and concepts, as well as in projects where development and launch times are critical, Python is used.

However, in the end, the choice of the language comes down to answering the question: what project do you need?